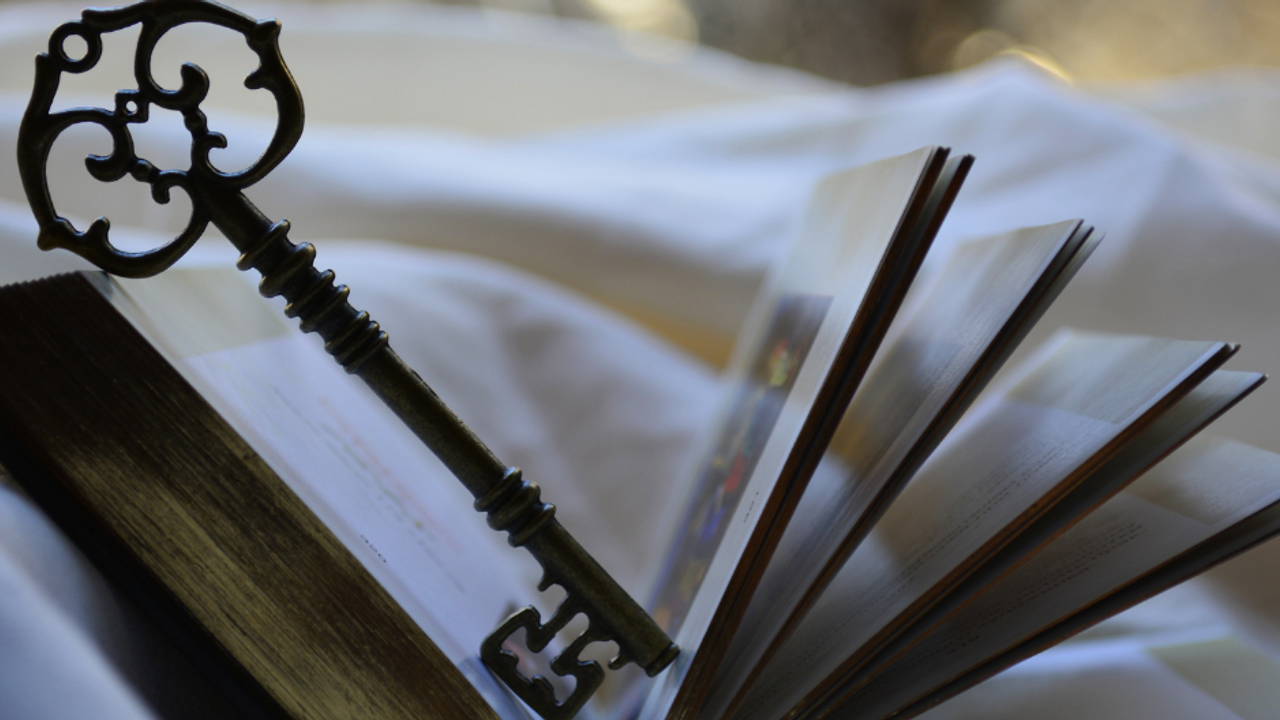 As Well As Entertain You, The Gothic Can Help You Develop Your Critical Thinking and Overcome Many Fears

The first time I approached my language students with some Gothic texts I was nicely surprised with their positive reactions. For me the Gothic has always been my hidden place, my dark secret, something that only belonged to me and that I only really showed during Halloween.

Over the years I mastered the quality of my class exercises using dark topics as an excuse to continue investigating what I loved the most. As I went deeper in my investigations I realised that when trying to create material on topics such as behaviour, cultural perceptions, identity or mental problems, the Gothic was full of possibilities.

This became more evident, when helping one of my students and friend overcome her communication fears in her own mother tongue. She wanted to be able to express herself better orally and to be brave enough to start writing her own biography. To do that we read and analysed something together, while introducing her to some basic concepts and tools for having a higher understanding of texts: we worked on literary devices, definition of concepts, types of texts, how to sound interesting when writing, among other aspects. We chose Nada by Carmen Laforet, a compulsory reading still in Spanish curriculums. I thought that if she wanted to go back to some academic studies one day, she could have that box ticked. As always, I try to make sure my students find multiple uses for every single thing we do in our sessions that can help them later on in their journey.

This specific student didn’t just learn about style, literary devices such as metaphors, alliterations, or synesthesias, she was also gobsmacked by the amount of Gothic elements that a book tagged with the Impressionism label could contain. She also saw my frustration about the lack of knowledge on the Gothic in Spain, despite people loving it.

It was great to see the excitement on my student-friend’s face after discovering that most of the books she had read in her life were classified as Gothic, i.e Rebecca by Daphne Du Maurier, Wuthering Heights by Emily Brontë and from the Spanish arena writers like Gustavo Adolfo Bécquer or Emilia Pardo Bazán were a surprise for her too. From that moment on, her critical thinking started ticking and she was able to connect all the pieces by herself. She started asking questions like what, how, when, why, and was able to use the strategies learnt in class to find multiple answers. For her, this discovery filled her with joy, which as a consequence filled me with extreme happiness too.

Seeing her reaction towards the Gothic made me realise the different ways I could use to teach not only English as a second language, but my own language in a more creative way.

All the above pushed me towards the next step: bring the Gothic into my English lessons a bit more. This happened slowly and with much fear of possible reactions. Basically I didn’t know what to expect from my students. However, and to my delight, I realised that most of them were or had been Gothic lovers at some point or another, but they didn’t know it. This is how I coined the term: ‘You are Gothic but you don’t know it’, something that started just as a funny statement and that became an idea for online courses and triggered the desire to retake an old personal crusade of mine. I just felt this urge to bring light to the Gothic in my country, an area only explored in small groups in some Universities for reasons I don’t quite understand, since the Gothic is something a lot of people seem to be drawn to in one way or another.

But before I even start telling you how I managed to bring the Gothic into my language lessons, let me just break some basic concepts down for you:

What is Gothic literature?

You can go on the internet and find many sites and videos that attempt to define Gothic literature, but the truth is that none of them really provide a satisfying definition, at least for me. That is mainly due to the Gothic being pretty difficult to pin down. It has many elements and has been evolving ever since it was used to describe a literary movement. In the words of my friend Tracy Fahey, Academic and Gothic writer, Gothic is the broadest of churches. And it’s true, you can’t pin it down completely because you risk leaving something behind.

Since I am the person with the thousand whys and always after the origin of everything, which comes natural when you are a philologist, I always look for the etymological meaning of words. In the case of the Gothic we have to go back to the term Goth which is used to refer to the Germanic tribes that contributed to the fall of the Roman Empire and that led to the birth of the European Medieval period back in the 4th Century. Gothic was the adjective used to describe these peoples.

How this origin is connected to the dark literature of the 18th century is something I am not going to attempt to explain in this article because it would take me a long time to elaborate properly. But in a very simplistic way, the Gothic term was used to exemplify the abruptness and savage side that both the tribes and this naughty rebellious child of the Romantic literary period, had in common.

Like any literature there are certain elements, tropes and symbologies that will make you recognise the Gothic. Think for example of ghostly homes, or eerie landscapes, or of those things that scare you and go boo in the night but that you can’t really see. Think also of the dark and traumatised characters and what makes them become the outcast and even monsters.

All those are the things that make a book be Gothic, or a film contain Gothic elements. So if you were just thinking about the dark clothes and dark make up, that’s only a mini, aesthetic part of the evolution.

How can Gothic literature help me?

The Gothic doesn’t just entertain us if that is what you are thinking. By going to the dark places of your mind, you will encounter your deepest fears face to face. Most of our modern fears are emerging as a result of the world we currently live in. We are constantly mistrusting the news, we feel manipulated, we don’t know who to believe and everything is a big conspiracy. This is true for every historical moment in which we live, and this is what the Gothic denounces and makes you work on.

Moreover, the Gothic helps you explore all those areas in a logical and reasonable way, in spite of what you may think, because it makes you ask questions, investigate, empathise with the monster, work on your identity, explore possibilities you had never thought of, making your Critical Thinking tick again.

When moving our Critical Thinking we are also directly contributing to our own communication skills. It is very difficult to describe what you cannot see, what is only in your head and what may not even have a reference in your physical world. Trying to find new ways of using and combining your vocabulary creates new pathways in your brain when you are a writer and it also creates a higher level of experience in your reader that will trigger empathy, tap into their senses and make them discover new things, even things about themselves they were not aware off. There’s a lot of research being conducted nowadays through MRI scans that show this.

Why should Gothic literature be taught more in schools?

When you see all the benefits that Gothic literature can bring to the experience of watching, reading or creating, undoubtedly the next step is to ask ourselves why it’s not explored more in the classrooms. And again, after much research, my own opinion is that the Gothic can take you to uncomfortable places where you may not want to be.

Some societies try extremely hard to remove painful moments and experiences from their children’s lives, when really the healthy thing to do is to allow them to feel loss and mourn a pet when it dies. Even talking openly about the death of a family member without stigmatising them or criticising their thoughts is something we still do and shouldn’t even be questioned.

As humans we find it uncomfortable to talk about bodily decomposition or we laugh at those who talk about the afterlife, and by doing those things we castrate part of who we are. In our crusade for beauty we chase impossible ideals that create censorship around what can be considered ugly and uncomfortable. As a consequence some do monstruous mutilations to their bodies that can even be dangerous to their health. I am thinking here about the 18th-19th century corsets that strangled women’s organs, or the use of poisonous substances such as arsenic in their clothing, books and even wallpapers that killed them, all in the name of fashion.

The worst monsters of all are inside us; the most destructive seeds are those we plant within ourselves….And in writing ourselves, we take charge of this machine, steering it from the darkness of the past into a possible future.

I Spit Myself Out, Tracy Fahey, October 2020

I believe that talking with naturality about all those things that make us uncomfortable in classrooms would allow students to learn about history, cultural perceptions, identity and the human mind. Overall a holistic exercise that could make schools retake some healthy approaches.

As my friend Tracy Fahey says in the previous quote, what we need to do if we want to move forward, from whatever dark corner we are, is to voice the dark thoughts inside of us. By doing that, my friend, you will be helping yourself by stepping into the wonderful world of the Gothic.

I hope this article has enlightened your way towards the Gothic if you have never thought of it this way. From a teaching point of view there’s still much more we can do as mentors. But also as a society I think we would be happier if we didn’t fear talking about normal things that happen in our lives. Like my friend who worried about expressing herself efficiently, the Gothic helped her make wonderful discoveries about herself through something she had a misconception of.

I would like to finish this article by asking you what is your relationship with the Gothic and if you have ever seen it as a learning tool. Leave me your comments and let’s talk. I’d love to hear from you.