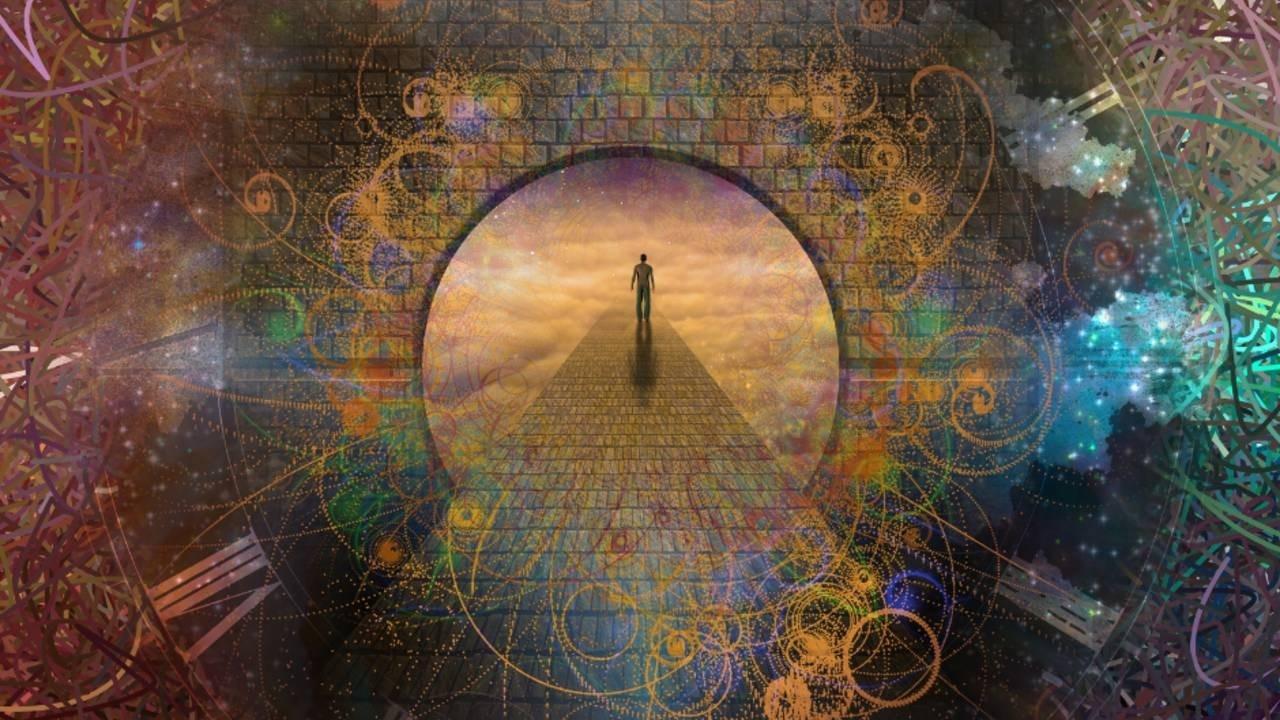 Despite the huge efforts that society puts in selling us the fairy tale of “happiness comes in a specific order of events”, most of us are on a never ending quest where life happens in anything but a straight line. We always seem to be dissatisfied with our lack of fulfilling achievements, which in consequence triggers a sensation of failure in our parents’ eyes and by extension to the system. We roam throughout our existence like fallen angels from a big conspiracy against humanity, and yet we keep searching for our personal truth before succumbing to self-destruction. We are both heroes and antiheroes of our own stories and, like the characters in the books we read and the films we watch, we encounter mentors and friends, we face perils, we experience happiness, sadness, despair, anger and isolation. References to the hero’s journey can be found in many genres. However, some characters, like some of us, don’t follow strictly the traditional pattern that Joseph Campbell elaborated in his book The Hero with a Thousand Faces (1949), which is precisely what I am going to use to develop today’s article: “The Gothic Hero’s Journey”. As always, I hope to provide you with enough references to complement the explanations, but as you read I would like you to think about the relevance that the Gothic journey has for you.

As you would have probably noticed, Campbell’s Hero’s Journey was written after the apparition of the Gothic novel. Although I’m not sure if Campbell had considered Gothic literature at any point while defining the hero’s journey, the truth is that his classification came out after he had been studying myths around the world. As some research has already shown, finding examples of the “Gothic hero’s journey” is not as easy as it seems. One of the reasons is that, even though we can classify and dissect some of the characteristics that make up this literature, Gothic is like a giant, invertebrate and liquid animal impossible to constrain. This is because: a) it keeps mutating over time and reaching more and more spaces and b) because it always squeezes its way out of our fingers, making it impossible to cage. This is precisely why, to make this easier, I’m going to support my views on this topic through literary examples, films and even fairy tales.

The first aspect we have to consider when talking about the “Hero’s Journey” is its circular structure, which we can visualise as a clock divided in two horizontal halves: the known and the unknown. I have taken the liberty of relabeling some of the names used in some sites and online video explanations, so they make sense with the Gothic.

At twelve o’clock, our hero is in his/her Status Quo. He/she hasn’t started to take action. The character seems content in his/her routines and life.

At one o’clock, the hero/heroine receives or gets a call. Something happens in his/her life that makes him/her take action. This can be a problem to solve for the community, an uninterested and heroic call that will make the hero/heroine a humanity saver in traditional stories. However, in the Gothic this call tends to satisfy a narcissistic necessity. An example of this is Dracula. His need for survival takes him to find a new place to live, and yes, the romantic touch only appears in the film, not in the book.

At two o’clock our Gothic hero/heroine finds a helper. The quest has started and an accomplice appears. In Campbell’s definition this is someone wiser, normally much more experienced than the hero/heroine. We all remember Yoda in Star Wars, or the Oracle in The Matrix. Some may argue that Morpheus becomes the mentor and therefore the helper. However, to me, Morpheus is part of the call and he will also become part of the hero’s trials. It is in fact the Oracle, the one character that plants the seed in Neo that will make him reborn from his own ashes.

At three o’clock the journey starts. We can find a clear example of this is the Gothic story of The Beauty and the Beast, more specifically when Bella leaves her old life behind in order to protect her dad by moving in with the Beast.

At four o’clock we get the trials or tests. In a novel so complex and misunderstood in its times such as Wuthering Heights, the hero’s trials start when Catherine is abducted by the Lintons. This is the moment where she gets tested in order to survive in the new world she has stepped into. If she wants to become a lady of society she must tame her wild self, and one of the biggest challenges will be removing Heathcliff from her deepest desires, or at least to try.

At five o’clock the hero/heroine has to face the big problem. Every hero has an Achilles’ heel that will weaken him/her. In Sleepy Hollow, Ichabod Crane’s greatest fear is the headless horseman, since this reminds him of his traumatising and superstitious childhood.

At six o’clock our hero faces his/her point of crisis. This is a crucial point for the hero/heroine, because he/she can even die. This is a point of no return. In the fairy tale Snow White and the Seven Dwarfs, Snow White goes into a deep sleep after biting the poisoned apple. However, the curse is easily reversed by the kiss of the prince.

At seven o’clock the hero/heroine is compensated. In happy ending stories, killing the monster and obtaining the prize is the reward that initially sets the hero on the quest. But in Gothic narratives this is much more complex. When our hero also happens to be the monster, or the outcast, his/her compensation might be death itself, revenge or change. In quests for cursed objects this is more straightforward. We can think for example of magical rings that protect our Vampire Hero’s from the sun, for example in Vampire Diaries.

At eight o’clock we have the consequence or outcome that inevitably falls after obtaining compensation. The monster might chase our hero/heroine or bow in front of him/her, sometimes some kind of blending can happen. In series like Supernatural, we can see how evil entities side with the hero/heroine to start another quest against a common new worse evil. The reasons for eliminating the new bad guy in town are different, but the target is the same.

At nine o’clock, the hero/heroine goes back to his/her normal life and routine for Campbell. If our hero is a Werewolf however, trying to overcome the curse could be a way to return to normal. But if our Gothic hero decides to embrace the beast, he/she might be planning the next killing with a lot more elaboration and treachery. In the case of Dorian Gray, there’s an impossibility to go back to what was normal. Dorian’s portrait has become himself and they walk hand in hand on a journey of no return.

At ten o’clock the hero has changed, rebirth happens. Maybe our monster has lost his evil powers, because we want him/her to be normal, although it’s most likely that he/she learns new techniques to strike again soon. Maybe that’s why Dracula has been resuscitated so many times. Don’t we all just love a charming, dangerous and mysterious demon-lover?

At eleven o’clock we finally meet ending of resolution. Our hero/heroin, finds peace and can take a break. He/she has learnt a lesson and has moved on thanks to the new experiences.  If we have a friendly ghost story like Casper, everything will go back to normality again, but having gained friends along the way. But if the purpose of the story was to eradicate the monster, maybe he/she finally finds peace and the new state of non-existence is his/her resolution. In the cases where the monster seems to win like in The Invasion of the Body Snatchers, the only hope is in the hands of an open-ended story where there might be hope for humanity but we’ll never find out. Although this is an example of science-fiction, the Gothic steps in at the very moment we have sleep deprivation and body and mental possession.

At twelve o’clock we go back to the Status Quo. We are at the starting point but this time the learnings of the journey have taught the hero/heroin a lesson that has changed him/her in one way or another. And this change is what will send a powerful message to the reader.

As you can see, not all Gothic novels can follow the “hero’s journey” story plan. In works such as Dracula or The Picture of Dorian Gray, elimination is the only solution if we want our hero to be consistent and truthful to his/her nature. Death in these cases is also freedom and self-determination. Their message will stay with us forever, and the ultimate sacrifice is also what holds together the characters integrity.

In other cases like Wuthering Heights, our heroine forever roams the earth as a ghost, and it is in purgatory where she can still be herself. There was no peace for her in life and in death this is extended, remaining part of the story of the moors and giving them their own identity. This lack of rest can make us think of the vengeful Japanese ghost.

Finally I want to end this entry by asking you to think about your own journey and your own monsters. Do you prefer the traditional hero’s journey or the Gothic hero’s journey? Are you the hunter or the hunted?