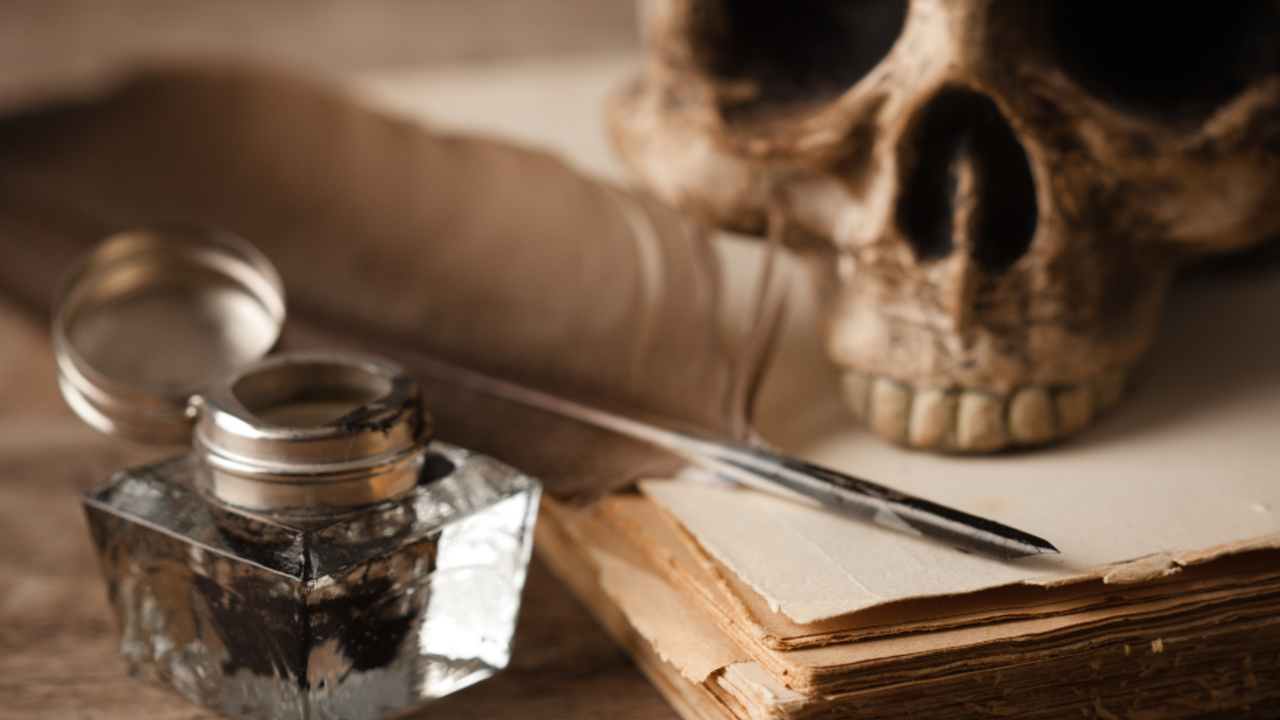 When looking for the most accurate definitions about Gothic literature I have the same problems as David Stevens had back in 2000 when he wrote his mini guide The Gothic Tradition published by Cambridge. Many are the websites that talk about the Gothic and its many variants, but not many of them have ever satisfied my own curiosity from a holistic point of view, that is by talking from its origins to the present day in an inclusive way. I personally cannot conceive this great trend, way of thinking or even lifestyle without knowing about its architecture, music, aesthetics, filmography, science, philosophy, art, history, folklore, culture and above all literature, being the latter the one that has the power of including them all.

So, what is Gothic Literature? Having seen the extent that Gothic literature has in our lives without us even noticing it, the next thing that comes to mind is how it influences us, at what level and what can we learn from it independently of whether we are studying, working or even at a personal level. The benefits we obtain from Gothic literature are countless. Gothic doesn’t just take us out of our comfort zone while we are entertained. Like fantasy or fiction it triggers our creativity, it enhances our empathy levels and, from a cognitive point of view, it contributes to creating new neural pathways.

It’s no wonder then, that finding an accurate definition for the Gothic is a quest on its own. Some definitions concentrate on its “melodramatic, dark, exotic and picturesque narrative set in sceneries that create mystery, fear or dread in the reader”, others emphasise the romantic factor. Some consider it a genre, although more recent research points out that Gothic is actually more than that, because considering a genre “would genuinely limit its reach and effects” (see Xavier Aldana Reyes’ Spanish Gothic (2017)). Moreover, the Gothic has this containing characteristic of other genres such as horror or terror. In a kind of poetic way the Gothic honours its own name by being so difficult to pin down. It can mean many different things, depending on where we stand and our own personal beliefs and knowledge of the world. Although my point of view is mainly literary, you will see that many of the literary characteristics can be applied to other fields.

For me, Gothic literature is the repressed, naughty and dark alter ego of the Romantic movement born in England at the end of the 18th century. One of its main characteristics is its constant game of dualities and binomial contrasts. This aspect will help you understand works such as The Strange Case of Dr. Jekyll and Mr. Hyde by Robert Louis Stevenson (1886) or The Picture of Dorian Gray by Oscar Wilde (1890). However, I am not going to talk about the extensive symbology in this entry. I am going to concentrate on six points that for me describe best what Gothic literature is all about and how these points can help you in your own personal quest:

When you read Gothic literature you learn about other points of view while you identify with the characters. This identification helps you develop your empathy, which is crucial to be open to new learnings and alternative solutions to solve your own problems. For example, if we are teenagers facing changes and group acceptance we might find comfort reading about vampires in high-school.

When you write Gothic stories you will probably want to create your own monsters, which will become, in many cases, the vessels of your own fears. You will mould them with what is not morally or socially acceptable, forcing you to investigate different behaviours and psychological profiles. One way of exploring these psychological and darkest unfiltered thoughts of your characters is precisely through the diary format so typical from Gothic literature.

When you read Gothic literature you learn about injustices of the past and present systems, sexuality and gender, the role of men and women, access to education, social class, social constraints, censorship, racism, fear of the foreigner and the unknown, among many other aspects that make up our societies be what they are and that can vary from one culture to another. Learning about other people’s lives and sufferings, makes you step out from your own shoes and see the world from the eyes of the other, the outcast. This enriches you as a person and helps you become more empathic with others as you want to understand their problems, which at the same time makes you look for solutions. Remember that solution finding is one of the abilities you will be asked to have in many jobs.

When you write Gothic stories you are forced to identify all the above areas where individuals are repressed and to exploit them in depth. This way you will develop well-rounded characters that make sense with their historical moment, their social background, their learnings, their experiences and their own feelings.

The Gothic is also a great opportunity to denounce all the wrong doings in history and use those stories as examples to become better members of society. Creating societies touched by failed scientific experiments, for example, can make us think how the monsters that we create could for destroy entire societies.

When you read Gothic literature you question the world around you and this makes you look for alternatives and solutions to problems, whether you feel supressed at work or with your social environment. Learning about ways of deconstructing the social rules to create new ways of learning of approaching your daily situations is a great way to develop new strategies. Reading about something that makes you turn things over is a great exercise to create new pathways in your brain and have plenty creative resources. Reading deconstructed stories will give you ideas on how to deconstruct your own obstacles and look for solutions that you might not have seen otherwise.

When you write Gothic stories you are forced to step out of your comfort zone in order to see the world you are creating from a different angle. To recreate something new, you have to turn stories you know around and give voice to the other, the outcast. Imagine that someone decided to rewrite Wuthering Heights from Heathcliff’s point of view. That would be a deconstruction. A good example of deconstruction in fairy tales is for example The Bloody Chamber by Angela Carter (1979).

When you write Gothic stories and you create monsters with their own rules, societies and purpose they are quite likely to question humanity. As it happens in sci-fi, where you may have a bunch of aliens analysing humanity, in the creation of characters in Gothic literature, many philosophical approaches will raise, giving way to conflicts and the search for resolution.

When you read Gothic literature you inevitably learn about other cultures, their beliefs, lifestyles and their perception of their own monsters. A good example of this is the role of the ghost in different cultures of the world. The vengeful ghost tends to be exorcised and eliminated in European or Western cultures, whereas in some Eastern cultures we can find a vengeful ghost that will end up killing you instead but it will never disappear. Worldwide cultures base their ghosts on their folklore which at the same time tells us about their language, history and life’s philosophy.

When you write Gothic stories you are forced to investigate carefully the treatment of certain figures, monsters and elements so that you can be accurate in your narrations.  It can also make you create your own mythological world of monsters and fantastic beings in a coherent system, but in order to do this you will have to learn about other references or even use them to deconstruct what is well known. All this will also force your reader to want to know more and also investigate.  The choice is on the table.

When you read Gothic literature you will engage with characters you are attracted to. They will put you in extreme situations and by doing so you will feel closer to the text. This can happen because of empathy or because of the discomfort they create. In either case many areas of your brain will activate by mentally reproducing a real situation in need of solutions. You will constantly be asking what, why, when, where, how and who and that is what critical thinking is all about.

When you write Gothic stories you are moving your Brocca’s area of the brain or the Hippocampus. I also have to mention that a novice’s brain functions differently than the expert writer’s brain, as some studies have shown. When writing we activate our parieto-temporal regions associated with language processing, the temporal lobe involved in language and comprehension of sentences and our pre-lexical and auditory processing of any language, just to mention the obvious ones. However, we shouldn’t neglect the areas involved in typing or hand-writing, or all the psychological triggers we have to put in motion when creating our characters. Aspects as empathy, pain, fear or tension are crucial to create believable characters. Also, well-designed and structured stories are in need of the six critical thinking questions. Without the what, why, when, where, how and who, your novel or short story will have inconsistencies.

In conclusion, there’s a lot to understand about the functioning of the Gothic before we can even attempt to define it. We cannot simplify it before we understand all the core machinery that the Gothic entails and how many other genres it reaches. Even in non-fiction the characters may be touched by their beliefs about the unknown.

I would like to finish by asking you to consider all these aspects and to let me know your thoughts in the comments section.