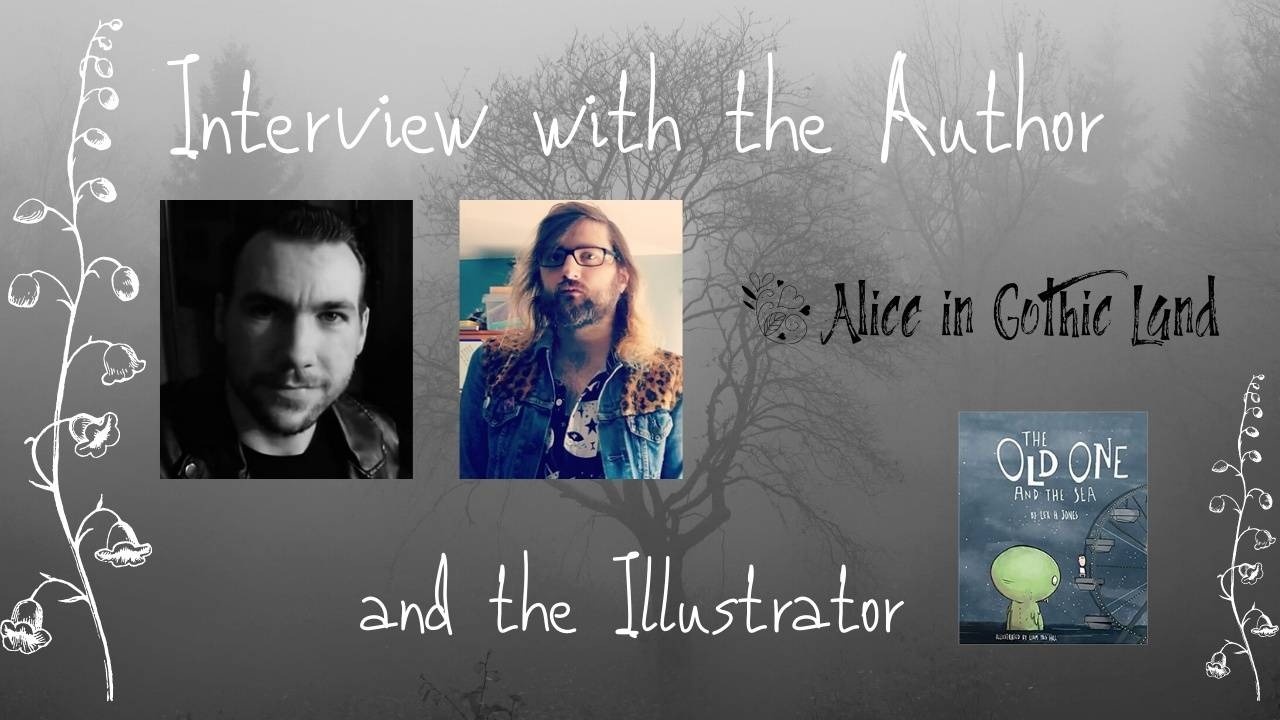 When you’ve had a physical language school for ten years you have almost done everything that could be done to get your students where they need to be. Bringing natural situations to the class is not always easy, precisely because, despite all the efforts made and what some companies may pretend to sell, a classroom is not the most natural environment for a language to be developed from a spoken point of view because most conversations are forced. However, as a mentor you always try different things in order to knock down the wall between the student and the language. One of those walls always includes finding yourself talking to native speakers in the street, during your holidays or at work. By bringing living authors and their books to the classes, I thought that I could make that transition easier, so this is how the project “Talking to the author” was born.

In the latest entry of my “Talking to the author” series, I want to talk to you about the wonderful book The Old One and the Sea, written by Lex H Jones, illustrated by Liam ‘Pais’ Hill and published by the “Sinister Horror Company Kids”. I will tell you why I chose this book and what we all learned from the interviews. So let’s start with the most important reasons why I chose to use this book in this year’s reading in one of my classes for kids:

But after the great idea, the practice is always what determines if the idea was as good as one initially thought. I have to say that I was very impressed with the kids’ selection of endless questions that carried on well over class time.

This wouldn’t have been possible if Lex hadn’t been so approachable and hadn’t interacted so well with the kids. He made them know he was aware of their possible difficulties understanding him due to his accent and he answered all their questions with examples and extra explanations when necessary. The connection between them was instantaneous. One of the questions was “What would you tell your younger self?” to which he replied, and I summarise his words“, “not to be afraid about writing”.

From an inspiring point of view and as final thought, that was for me one of the best parts of the session. But probably the most memorable one for the kids, I have to say, was when Lex showed them the cuddly toy versions of Howard and Oolu made by Laura Mauro, also a writer. For those who follow me on Twitter you would have seen a picture of the moment Lex showed us the toys and our nicely surprised faces. It’s actually pretty hilarious.

When the session finished I was well happy with the results and really proud of the work the kids had done in class. For them this was the first time they had met and talked to a real author, and for me it was an honour to have had the chance to, yet again, have an author talking to one of my groups. For the author, it’s always a great opportunity to talk to his/her audience directly and see how far the work that once started as an idea in his/her head can actually manage to even make it overseas. I’m sure this memory will stay with all of us for a long time.

But the story of “The Old One and the Sea” doesn’t finish here. Lex had tried to invite Liam, the book’s illustrator to that initial session too, but it had not been possible. So since we had planned a more adult like interview to post on my YouTube channel, I contacted Liam and we found a time for the three of us to meet. And what a great experience that was!

As we pointed out in our meeting, and later on off the record, when we have a book in front of us we don’t always think about all the other professionals involved in its production and the illustrator is one of them. It’s almost like if we took for granted they should be there.

It was great to learn all about the choice of colours for the cover, the challenges they both faced in different parts of the writing and drawing process, but at the same time I learnt how great and easy it can be to work with people who are on the same wave length as you. The dynamics between them brought many funny moments which made me feel really relaxed. I loved that the questions flew across to each other as well, which turned the whole experience into more of a meeting with friends than a recorded interview. Not bad considering that it was the first time I met Liam.

Different to the session with the kids, I came out of this interview with an unexpected thought. Lex had previously pointed at the fact that he wasn’t too worried about what was trendy when writing his books. When I brought that comment back in this later session I was thinking he would elaborate his answer on the lines of creating what you want while making a living from the art of writing. However, both Lex and Liam argued that when trying to monetise your passion, your creativity diminishes and the artist can start suffering all the negative consequences of economic pressure and deadlines, and the whole process stops being fun. I have to admit that I had never considered the writing business that way before, probably due to my own quest to make Fiction writing more accessible to younger generations, normalise it and make it part of the curriculum and the job market.

There are no words to thank, once again, Lex H Jones and Liam ‘Pais’ Hill for a wonderful interview. As with every other guest I’m really glad for every comment, every approach and constructive opinion. I always come out having learnt something new. Certainly they activated my critical thinking, we got to talk about linguistics and we did it through the Fiction context.